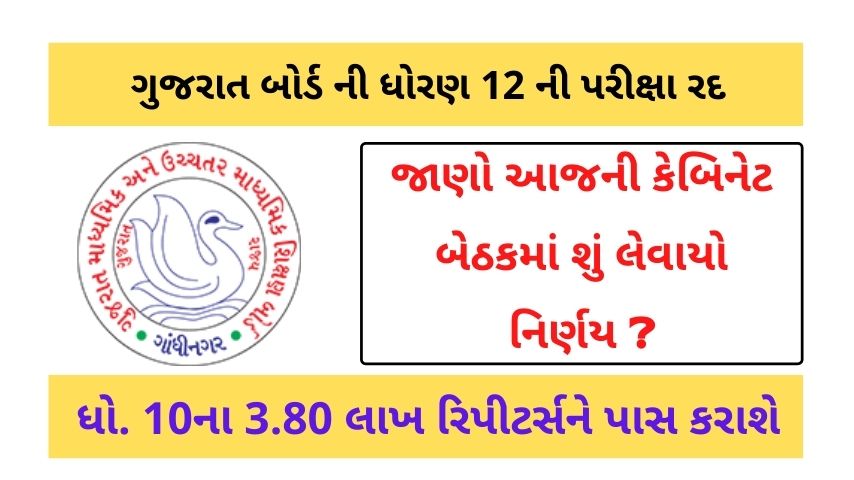 In view of the second wave of corona, the situation is still not such that the risk of endangering the health of children can be taken. Taking the decision to cancel the CBSE board exam yesterday, Prime Minister Narendra Modi had also said that the health of the students is our first priority.

However, yesterday i.e. on Tuesday, the Gujarat Board of Secondary Education (GSEB) had announced that the class 10th and 12th board examinations are starting from 01 July 2021. Gujarat Board has released the complete time table for these exams. The new time table has been released on the board’s website gseb.org.

According to the time table, the Physics paper will be held on the first day of GSEB 12th Board Exam (Gujarat SSC Exam), i.e. on July 01. Whereas the HSC Science paper is divided into two parts. The first part will be of Multiple Choice Questions while the second part will have detailed questions.

At the same time, the Gujarat government has given mass promotion to the students of class 10th, although these dates have been announced for the students who are giving the re-exam. The wait of the students who are waiting for CBSE 12th Board Exams is over now. Now like 10th class 12th exam has also been cancelled. Prime Minister Narendra Modi has taken a decision on this after a long meeting on Tuesday.

After the second wave of Corona, there is a fear among students and parents across the country about conducting the 12th exam amid the threat of the third wave. Regarding this, the date of CBSE board’s 12th examinations was to be announced today by CBSE and the Ministry of Education. But after the sudden deteriorating health of the Education Minister, there was confusion about the examinations.

New Delhi: Gujarat 12 Board Exam Cancelled: The Gujarat Board of Secondary and Higher Secondary Education (GSHSEB) has canceled the board exams for class 12th students. State Education Minister Bhupendrasinh Chudasama has given this information. The decision has been taken a day after the Central Board of Secondary Education (CBSE) and the Council for the Indian School Certificate Examinations (CISCE) canceled the class 12 board exams. Apart from this, the Haryana government has also canceled the 12th examination.
Gujarat Board 12th examinations were to be held from July 1 to 16, but now the examinations have been cancelled.

Education Minister Bhupendrasinh Chudasama had told that 1.40 lakh students of Science stream of class 12th and 5.43 lakh students of general stream (arts and commerce) are expected to appear in class 12th board exams. However, now lakhs of students have got relief due to the cancellation of examinations.